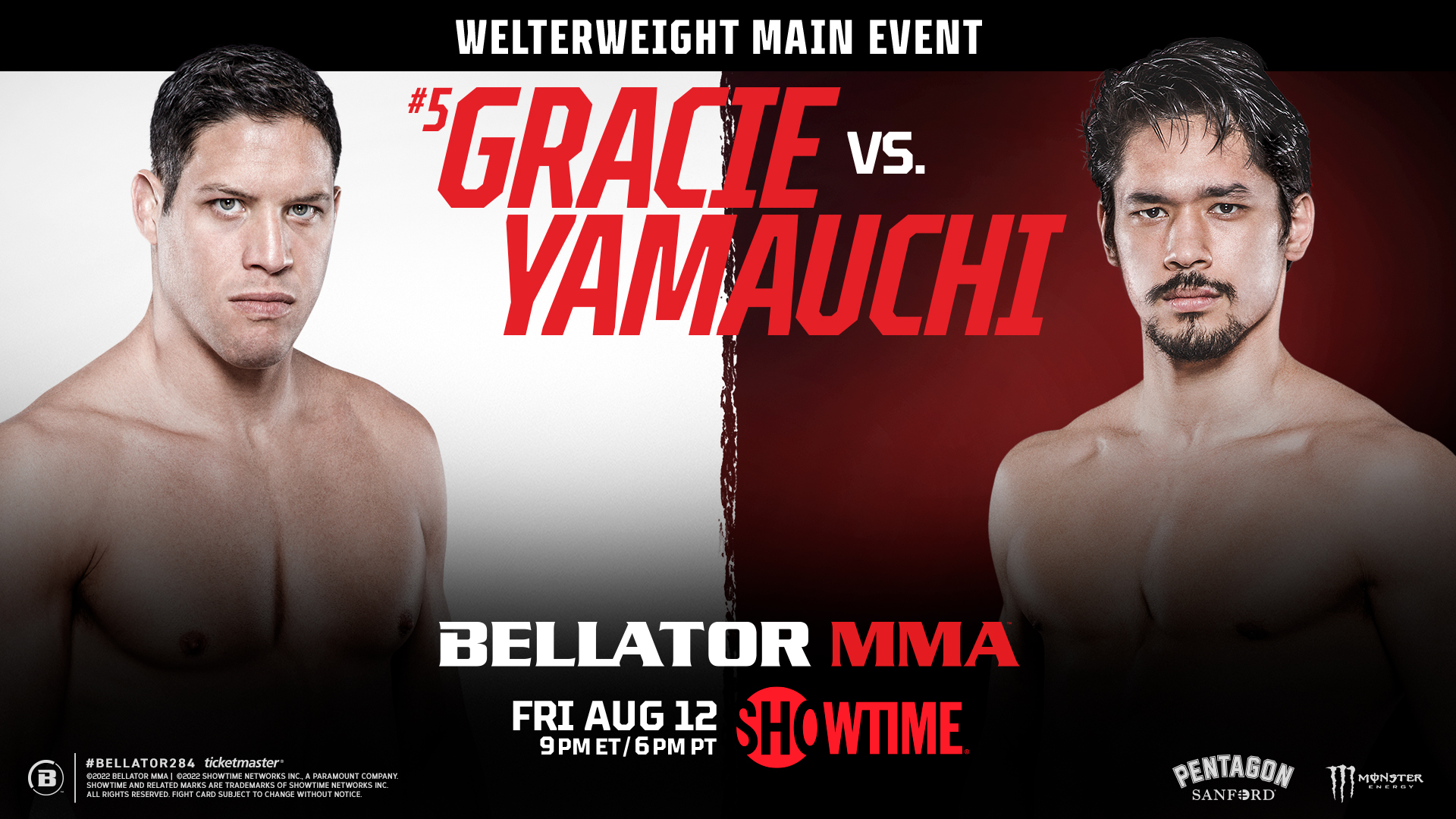 Los Angeles — BELLATOR MMA today announced the addition of six bouts to the preliminary portion of the blockbuster BELLATOR 284: Gracie vs. Yamauchi event slated to take place on Friday, August 12 from the Sanford Pentagon in Sioux Falls, South Dakota.

The event is headlined by No. 5-ranked welterweight contender Neiman Gracie (11-3 MMA, 9-3 BMMA) taking on the man with the most submission finishes in company history, Goiti Yamauchi (27-5 MMA, 13-4 BMMA), in a five-round, 170-pound main event matchup. Also on the main card, heavyweight contenders in former interim champion Valentin Moldavsky (11-2 MMA, 6-1 BMMA) and the undefeated No. 5-ranked Steve Mowry (10-0 MMA, 6-0 BMMA) will meet in a thunderous clash with the potential to shape championship aspirations. Former flyweight champion and No. 4-ranked contender Ilima-Lei Macfarlane (11-2 MMA, 10-2 BMMA) will look to return to the win column against Brazil’s Bruna Ellen (6-3 MMA, 4-3 BMMA) on the televised portion of BELLATOR 284.

Austin Vanderford, 32, returns to the cage after losing for the first time in his professional career against then-champion Gegard Mousasi at BELLATOR 275 in February. Stoppage loss to Mousasi aside, Vanderford amassed a lengthy winning streak inside the BELLATOR cage that included dominant victories over Fabian Edwards and Vinicius de Jesus, among others. The former NAIA National wrestling champion and two-time NAIA All-American displays his refined wrestling skills alongside a more complete MMA game honed at American Top Team alongside top training partners and wife Paige VanZant.

Opposite Vanderford, #10-ranked Anthony Adams will look to continue to build upon the momentum he earned with a unanimous decision victory over Khalid Murtazalievin his BELLATOR debut last September at BELLATOR 266. The 34-year-old Elevation Fight Team product is no stranger to proving himself under the sport’s brightest lights; his win over Murtazaliev secured him a multi-fight deal with BELLATOR. With a win over Vanderford, Adams would likely find himself squarely inside the division’s Top-5 and establish himself as a viable title contender.

BELLATOR MMA’s commitment to the development of world-class martial artists inside the BELLATOR cage continues at BELLATOR 284 with the professional MMA debut of Pat Downey III. Downey, 29, is a decorated wrestler whose accolades include an NJCAA national title, NCAA Division I All-American honors, and medals at the Pan-American Games, U.S. National Championships, Junior World Championships, and Big 12 Championships. The burgeoning prospect joins the BELLATOR middleweight division with high expectations and much fanfare.

American Top Team staple Said Sowma, 30, has faced a veritable murderers’ row of opponents despite only turning pro in 2018. Inside the BELLATOR cage, Sowma has impressed fight fans by dispatching of more credentialed foes in former champion Vitaly Minakov and the veteran Ronny Markes. Against Saricam, Sowma will look to rebound from a split-decision loss to undefeated #8-ranked contender Davion Franklin at BELLATOR 274 this past February.

#10-ranked Gokhan Saricam, meanwhile, enters the fight with Sowma on the strength of three straight wins under the BELLATOR MMA banner. The 31-year-old has displayed a strong killer instinct during his time inside the BELLATOR cage, scoring two first-round knockouts via ground-and-pound in his three victories. Saricam is a teammate of the legendary Gegard Mousasi.

Originally slated to compete as part of the incredible BELLATOR Bantamweight World Grand Prix tournament as a title- and $1,000,000-prize hopeful, Canada’s Josh Hill will look to prove he’s still right in the thick of things among the bantamweight division’s elite with a bout against Matheus Mattos at BELLATOR 284. The 35-year-old has won three of his four BELLATOR matchups in convincing fashion, dropping his lone loss to interim champion Raufeon Stots by decision at BELLATOR 258 last May. The #9-ranked Hill seeks to ride the momentum from a vicious second-round KO of Jared Scoggins at BELLATOR 272 that initially prompted his inclusion in the Bantamweight World Grand Prix.

Looking to insert himself into the conversation of BELLATOR’s bantamweight best is Brazil’s Matheus Mattos, 30. A veteran of the Russian and Brazilian MMA scenes, Mattos bounced back from a unanimous decision loss to Bantamweight World Grand Prix semifinalist Magomed Magomedov in his BELLATOR debut with a thrilling second-round knockout of Cee Jay Hamilton at BELLATOR 262 last July. Mattos will look to earn the biggest victory of his professional career against Hill at BELLATOR 284, proving that he belongs among the division’s finest by defeating one of them. 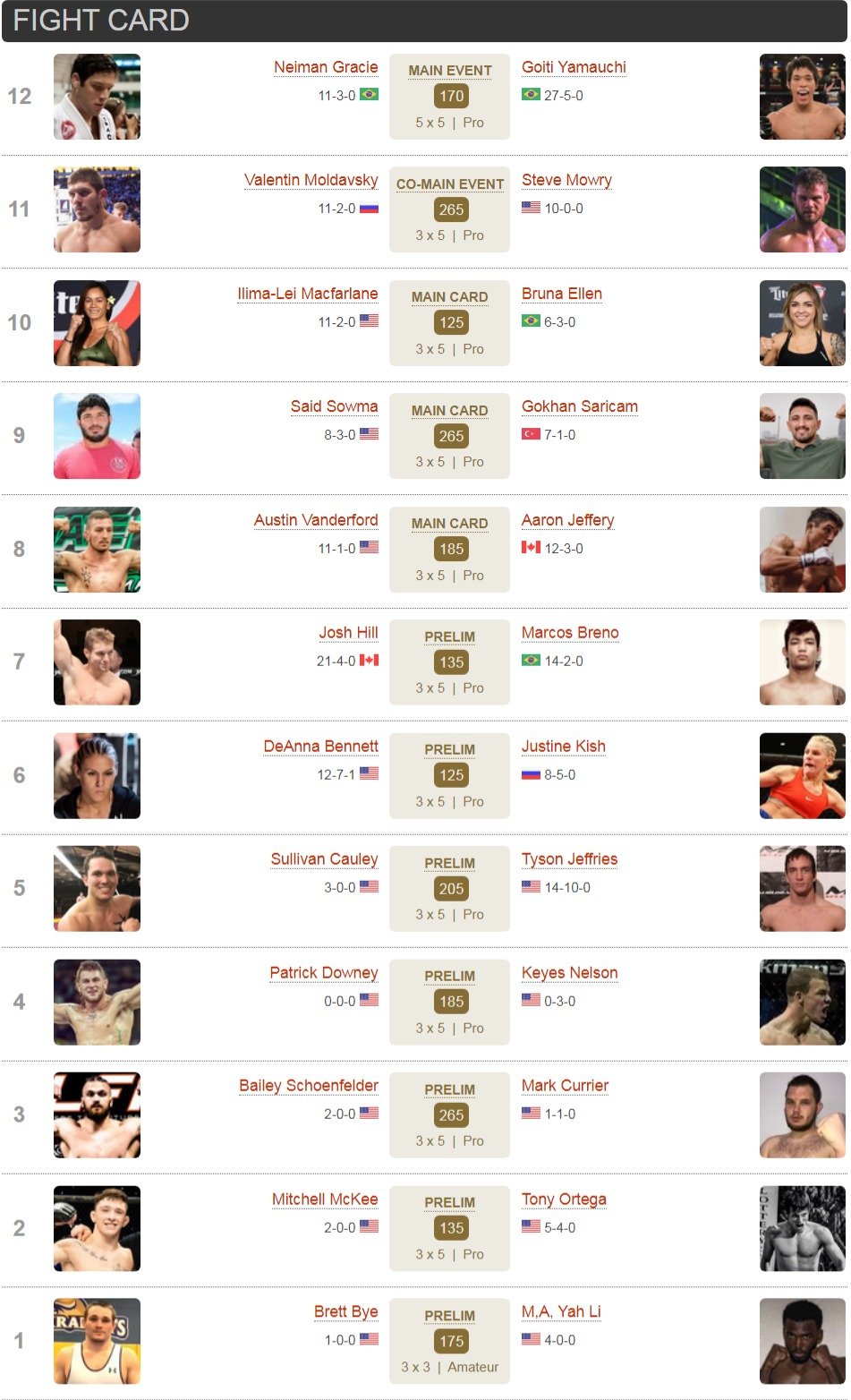 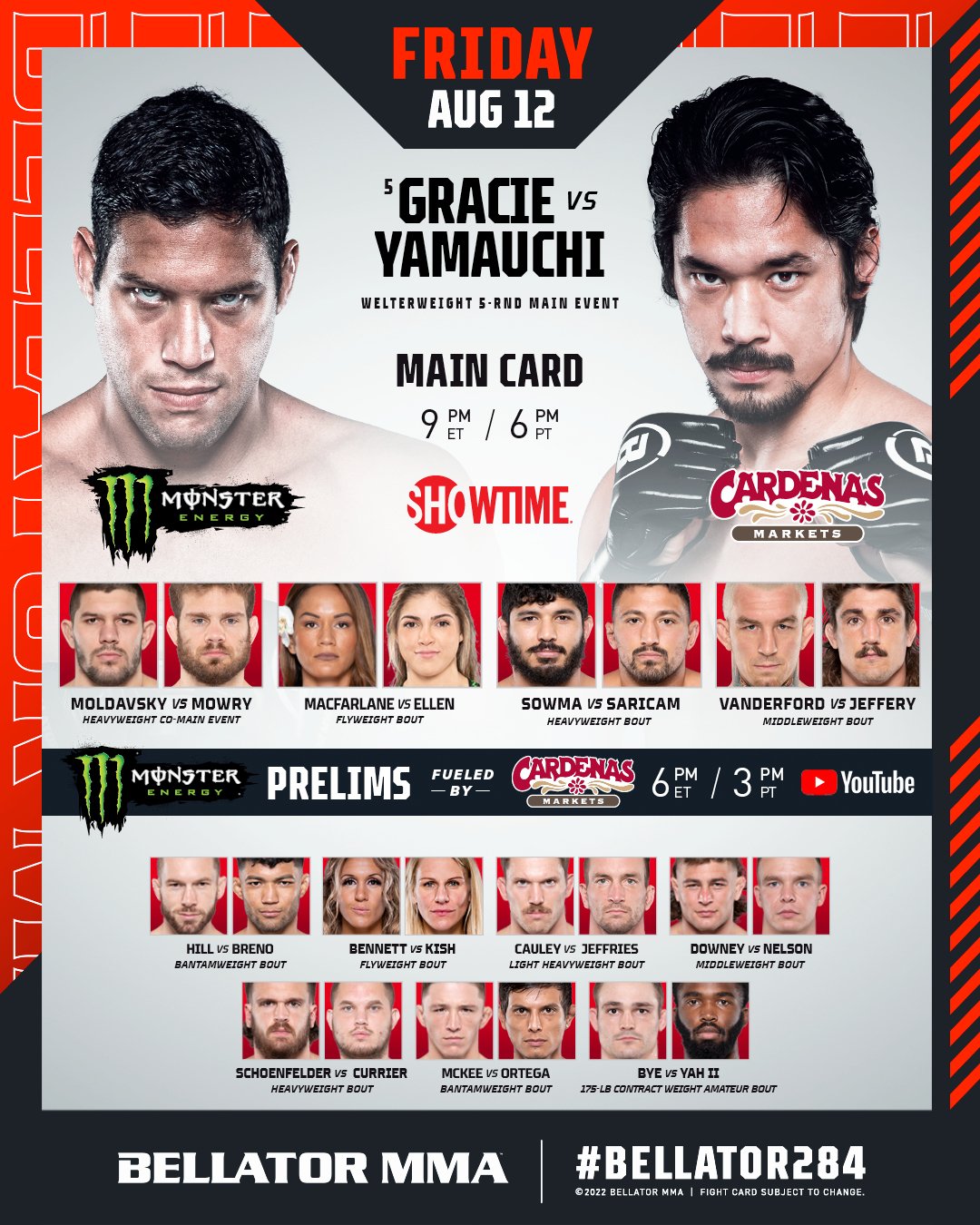