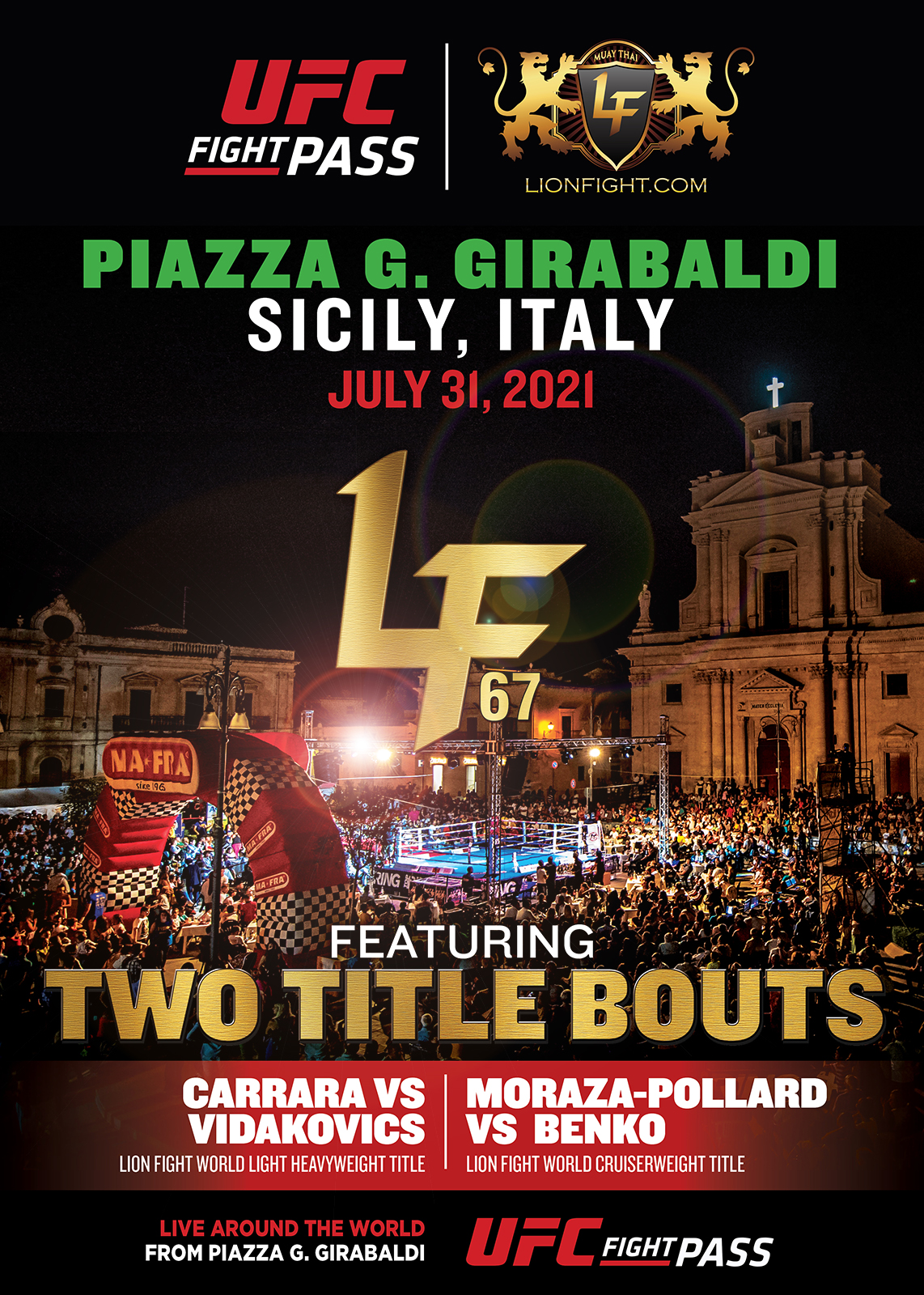 The champ puts his belt on the line in home country with Carrara also looking for his third fourth consecutive victory inside the Lion Fight ring. Carrara captured the belt at Road to Lion Fight-Italy following up decisive wins over Heriberto Tovar and Alex Bublea. Vidakovics makes his hotly anticipated debut having returned home to Baja, Hungary, after a several high-profile bouts and training in Thailand.

The master tactician Moraza-Pollard defends his title for the eighth time while also aiming to keep his perfect record intact. Hailing from Plymouth, Massachusetts, USA, Moraza-Pollard has registered notable title defenses against Kongjak Po Baoin, Mark Mackinnon, and Juan Cervantes. This is his second title defense in Europe having previously kept his grip on the belt with a victory over Jordan Smith in England. Benko, who fights out of Bratislava, Slovakia, has carved a path to the top of the division with several clutch wins including Kongjak and Vasil Ducar.

It’s a Netherlands vs. Italy showdown with the Dutch Geurink taking on Tarantino, who will have the home-country advantage. Tarantino is 2-0 under the Lion Fight banner having earned victories at both of the promotion’s previous visits to Italy for Road to Lion Fight and LF55 in Monza.

Nguyen, a long-time fan favorite, will make one of customary sensational ring entrances coming off a critical win at Lion Fight 64 when she earned a clear-cut decision verdict against rival Crystal Van Wyk. Dinh will make her promotion debut and is the only Swiss fighter on the Lion Fight roster.